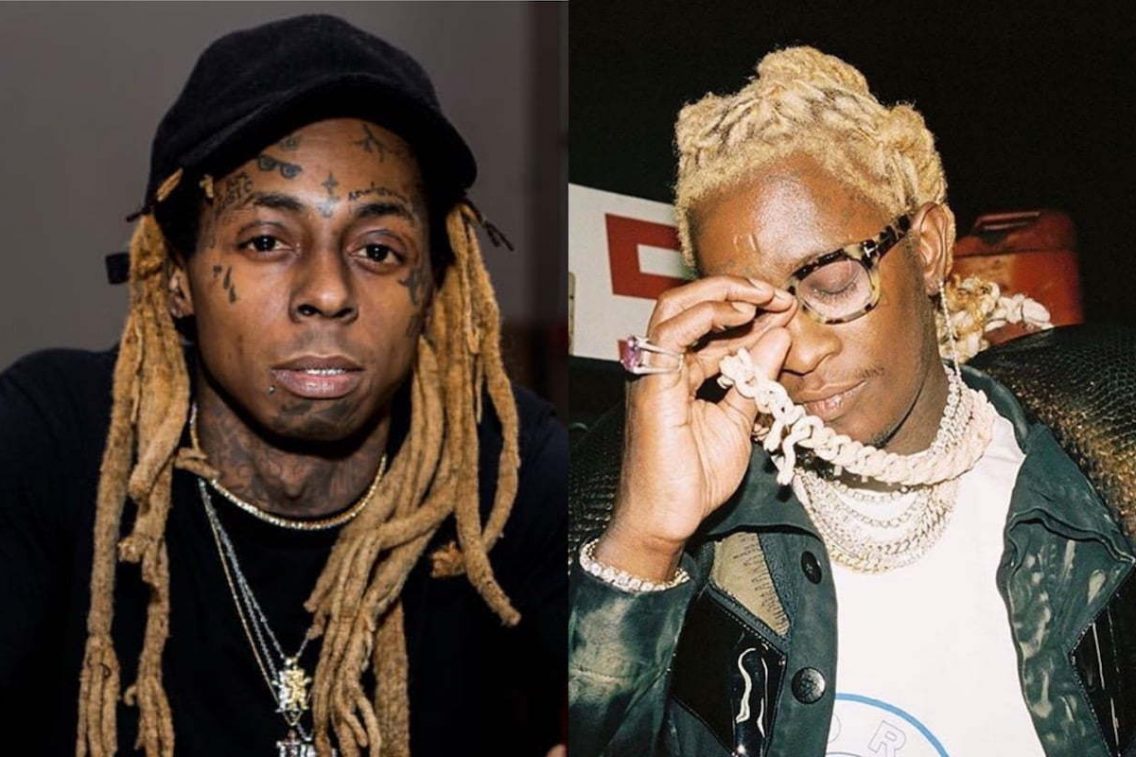 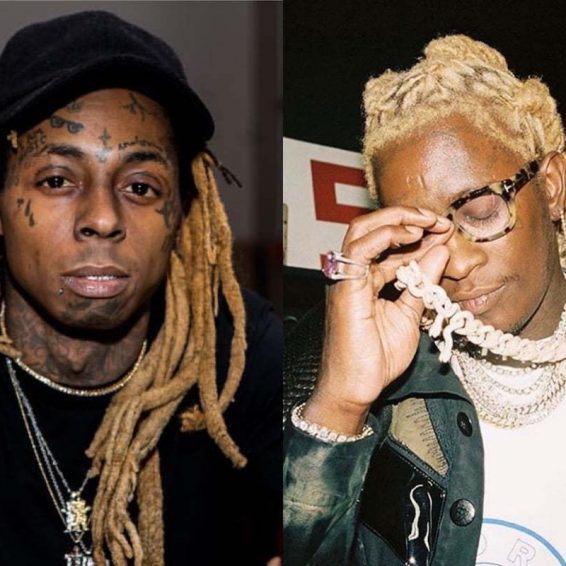 Young Thug says he wasn’t in any way trolling Lil Wayne when he tried to name his mixtape “Carter 6”, a name that was significantly recognizable with Lil Wayne and his brand.

Lil Wayne, real name is Dewayne Carter, while Young Thug, whose real name is Jeffrey Williams, have since patched things up, and in a new interview with The Breakfast Club, Thugger says he was trying to pay homage to the rapper.

Thug says he felt that trolling was corny, and he wanted to be like Lil Wayne leading to him naming his mixtape Carter 6.

At the time, fans felt there was beef between the rappers as Lil Wayne hadn’t even released his Tha Carter V and fans felt there might have been confusion about Carter 6 coming from Tunechi.

The issues with the album naming was quashed with Young Thug changing the name to ‘Barter 6′ after Lil Wayne’s legal team filed a lawsuit against Young Thug.

However, the Atlanta rapper doesn’t see the issues with him naming the album Carter 6, which sounds like a natural follow up from The Carter V (or five).

While speaking with Charlamagne Tha God, the rapper was asked about his current relationship with Lil Wayne after the incident in which Wayne thought he was trolling him and at one point refused to shake Thug’s hand or acknowledge him during a studio session.

“It’s a lot of little shit,” said Thug about the reactions to the name Carter 6. “I’m a gangster, bro. Certain *hit corny to me, like, trolling a na is corny. I don’t think I ever was trolling him. I really wanted to be like him! He just seemed weird ’cause it’s like, this na calling you gay but you steady saying this or that. You steady trying to name your album the same thing he named his.”

The rappers, however, now appear to be on good terms and were even recently seen in studio together a few weeks ago.

That wasn’t always the case, as Thug was alleged to have been involved in Lil Wayne’s tour bus getting shot up in 2015. During the case, which stretched to 2020, Young Thug and Cash Money CEO Birdman were named as associates in the shooting incident. The shooter was sentenced to 20 years in prison for the incident last year.

According to Prosecutors, the man Jimmy Winfrey was an associate of Young Thug associate. Police say after he opened fire on the tour buses, he attempted to hide the Camaro he was driving at the time.

The indictment includes 30 counts, including aggravated assault, criminal damage to property, possession of a firearm, and violations of both the RICO Act and Street Gang Terrorism Prevention Act.

Prosecutors also tendered evidence showing an Instagram video posted by Young Thug, which they claim appeared to threaten Lil Wayne in which Winfrey was seen holding weapons. Winfrey was also seen in the video for Young Thug’s “Halftime”, where he was holding an assault rifle similar to the firearm used in the tour bus shooting.

Prosecutors further alleged that after the shooting, Winfrey placed a call to a cell phone owned by Birdman.

Both Birdman and Young Thug have denied any involvement in the shooting incident.