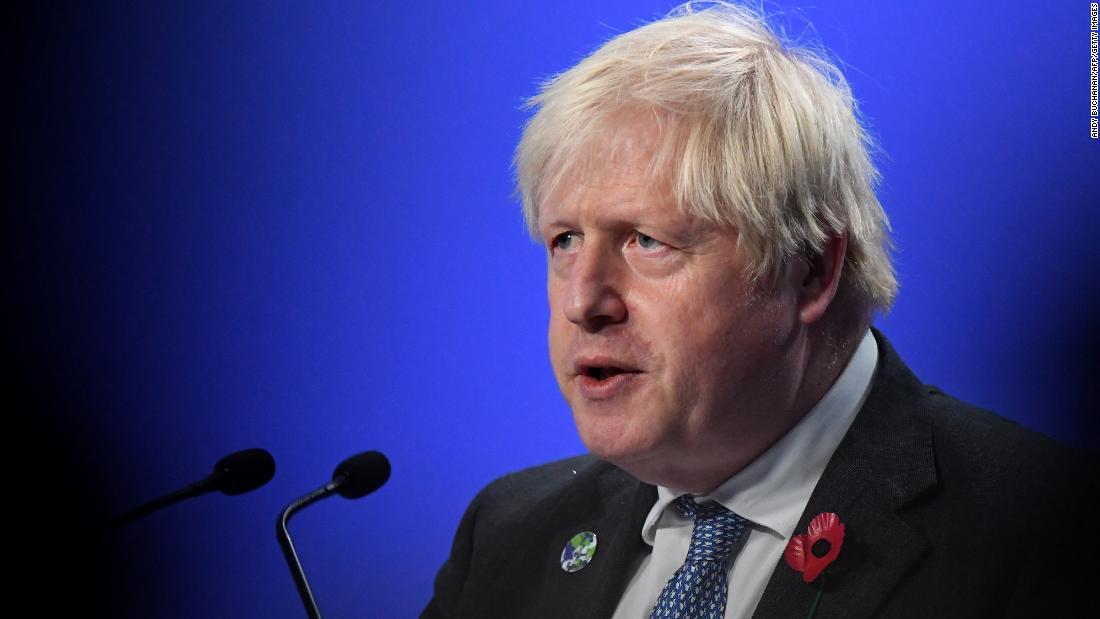 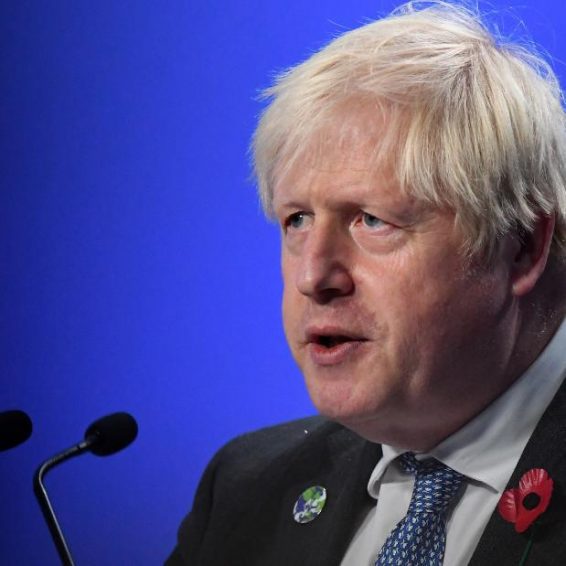 2 weeks ago·8 min read
ShareTweetPinShare
Home
World News
UK risks trade war with EU over Brexit deal on Northern Ireland
The content originally appeared on: CNN
UK Prime Minister Boris Johnson and his Brexit minister, David Frost, argue that the Northern Ireland Protocol — the part of the post-Brexit trade deal that keeps the UK’s Northern Ireland in the EU single market, avoiding a hard border with the Republic of Ireland, an EU member state — is not working as it stands.
Speaking in Brussels just over a week ago, Frost suggested that if the EU does not give way to its demands, the UK could seek to trigger Article 16 of the Protocol — a kind of emergency brake that allows either side unilaterally to implement measures, or “safeguards,” if the Protocol leads to persistent “serious economic, societal or environmental difficulties” or to “diversion of trade.”
The hard reality of Brexit is hitting Britain. It’s costing everyone but Boris Johnson
“Article 16 is very much on the table,” he said, according to Reuters. “Time is running out.”
The UK demands include removing Europe’s top court, the European Court of Justice, from any regulatory role in the Protocol and lessening checks and paperwork for goods moving between mainland Britain and Northern Ireland.
Read More
But the European Union remains adamant that the UK cannot seek to renegotiate the deal that was agreed by Johnson and Frost just 11 months ago to avert a potentially disastrous “no-deal” trade scenario — and has indicated it’s prepared to play hardball on the issue.
Frost met again Friday with European Commission Vice-President Maros Sefcovic — their fourth such meeting in the past month. Their comments afterward suggested neither side wants to abandon talks and embark on a trade war just yet.
Speaking at a news conference, Sefcovic welcomed what he called “the change in tone of discussion with David Frost,” saying he hoped this would “lead to tangible results for the people in Northern Ireland,” according to Reuters.
Frost said “significant gaps” remained and that Brussels must address the “full range of issues” raised by the UK. But he agreed that intensified talks would take place in Brussels next week, according to a statement posted to Twitter.
The back-and-forth has created fears of further Brexit-related turmoil, even as the UK’s Conservative government grapples with ongoing supply chain issues exacerbated by the Covid-19 pandemic, amid concern over how far each side is willing to go.
“I think there’s been essentially a scoping exercise going on — or another way of putting it is a game of chicken — and both sides are testing out the seriousness of the other,” Catherine Barnard, professor of European and employment law at the University of Cambridge, told CNN.
The latest tensions come on the heels of a nasty spat between the UK and France over post-Brexit fishing rights. “It may well be that the French were using the fishing dispute partly to get what they want on licenses, but also partly to show that the French are prepared to play dirty,” Barnard said.
“The EU has been briefing out all of the things that the EU would do if the UK triggers Article 16 unlawfully,” Barnard explained. “Triggering Article 16 in and of itself is not an unlawful act. What is unlawful is using it to completely rewrite the Protocol.”

Despite the ongoing talks, Frost’s remarks in Brussels have sparked wide speculation that the UK government may be preparing to trigger Article 16 imminently.
Former Conservative Prime Minister John Major told the BBC last weekend that he suspected such a move could happen within days of the conclusion of the UK-hosted COP26 UN climate conference.
France summons captain of seized British fishing boat to court as UK warns ‘two can play that game’
This would be “colossally stupid,” Major said, as he warned that suspending parts of the protocol would “add to destabilization in Northern Ireland” and erode UK relations with both Europe and Washington. The UK was negotiating over the protocol “with all the subtlety of a brick,” he added.
There are already signs of heightened tensions within Northern Ireland. Four men hijacked and set fire to a bus in a pro-British unionist community in a Belfast suburb last Sunday, Reuters reported, days after two masked men torched another bus in an attack local media suggested was tied to discontent over post-Brexit trade issues.
The “safeguards” which could be implemented under Article 16 are not spelled out in the Protocol but could include steps such as either side imposing targeted tariffs, analysts say. There would also be an arbitration process.
However, Johnson and Frost’s dislike for the agreement they themselves signed last December has fueled fears the UK government could seek to use the Article 16 mechanism to achieve a wider aim of rewriting the deal.
Johnson’s government might seek to do this by suspending the provisions in the Protocol that keep Northern Ireland in the EU Customs Union and apply EU rules to goods, Barnard suggested, thereby undermining the entire Protocol. “If the UK were to do that, the EU has made it clear it would retaliate with force… in terms of a trade war,” she said.
There’s even been some suggestion that the EU might suspend the main trade deal, or Trading Cooperation Agreement, with the UK, Emily Lydgate, deputy director of the UK Trade Policy Observatory and senior lecturer in law at the University of Sussex, told CNN.
Frost appeared to soften his language somewhat in the UK House of Lords on Wednesday, saying he would not give up negotiating with the EU “unless and until it is abundantly clear that nothing more can be done. We are certainly not at that point yet.”
But he kept the emergency brake on the table, adding: “If, however, we do in due course reach that point, the Article 16 safeguards will be our only option.”
On the same day, Ireland’s Tanaiste (deputy prime minister) Leo Varadkar warned that triggering Article 16 would not result in a better deal for the UK.
“The message I’d send to Boris Johnson is that we have an agreement in relation to Northern Ireland, we have an agreement in relation to trade with the European Union — don’t jeopardize it,” Varadkar said, according to the Irish Times.
“You were part of negotiating it, you own it, it was hard won, it’s a mistake to think that by escalating tensions or by trying to withdraw from any part of it, that you’ll end up with a better deal: you won’t.”

The Protocol was agreed between the UK and EU to reflect the special status of Northern Ireland: out of the EU, along with the rest of the UK, but sharing a soft land border with the Republic of Ireland, an EU member state.
Under the Protocol, goods can flow freely between Northern Ireland and the Republic, avoiding the need for a hard border — an essential measure in preventing a return to sectarian violence on the island. The UK agreed that it would in turn protect the EU’s single market by enforcing checks on goods entering Northern Ireland from the British mainland, effectively drawing a customs border down the Irish Sea.
Full implementation of those checks has been delayed under repeatedly extended “grace periods.” Nonetheless, there have been supply chain issues and unionists in Northern Ireland feel let down by the government in Whitehall.
The UK government called in a paper published in July for a “significant change” to the Protocol and has since been effectively trying to renegotiate key elements, including the role of the European Court of Justice in enforcing the application of its rules.
In October, the EU responded with an offer to streamline regulatory compliance checks within the framework of the deal. It was a “reasonably generous offer,” said Barnard, but was contingent on the UK taking steps which have not yet been implemented.
Carlo Petrucci, lecturer in EU law at the University of Essex, said the UK government’s approach appeared to be motivated by domestic politics and that it was hard to tell how serious it was. Triggering Article 16, which could lead to retaliatory measures such as quotas or tariffs being imposed by the EU, would be a “dangerous game,” he said.
Such a move could also damage the UK’s standing as it seeks to negotiate other trade deals. “Clearly the UK government is aware that there is a loss of international credibility at the moment that it wants to renege on the Protocol,” Petrucci told CNN.
Questioned in the House of Lords on Wednesday, Frost — accused by opponents of “sabre-rattling” over the Protocol — insisted that the UK government wanted to come to a negotiated agreement with the EU. That was, he said, “the best way forward for stability, sustainability and prosperity in Northern Ireland.”
Frost added: “I do not think that the threats that are swirling around of a reaction to Article 16 are in any way helpful, but obviously that is the business of the European Union.”

Emerging later Wednesday from talks with US President Joe Biden, European Commission President Ursula von der Leyen indicated that the United States was firmly in the EU corner on the issue.
“President Biden and I, we share the assessment that it is important for peace and stability on the island of Ireland to keep the withdrawal agreement and to stick to the Protocol. This Protocol has managed to square the difficult circle that Brexit caused,” she told reporters outside the White House.
“We are willing as a European Union to show the utmost flexibility and we have shown utmost flexibility within the Protocol — but it is important to stick to what we have agreed and signed together, to work with that.”
US pressure may be a factor in the UK toning down its rhetoric after appearing ready to trigger Article 16 once COP26 was out of the way, said Lydgate.
Boris Johnson’s government in fresh swirl of murk and sleaze accusations
“Obviously the US has come down against this, and so for the UK to take a policy decision that angers and alienates the EU and angers and alienates the US is a pretty bold move,” she said.
“My sense is that the UK is sensitive to some extent to the reputational damage this could cause and that they aren’t likely to trigger Article 16 imminently, but nor are they likely to back down in the sense of saying that they accept the EU’s reform proposals and bring an end to the dispute.”
Instead, Lydgate said, it seems likely the UK and the EU will enter into another period of discussions, leaving the issue dragging on.
Meanwhile, the EU is keen to show the UK that it is “no pushover,” said Barnard, and to demonstrate to Poland and Hungary, two member states currently challenging the bloc’s legal status quo, as well as to other global trading partners, “that the EU takes the treaties it signs seriously.”
“The stakes are much bigger than just the EU-UK relationship,” she said. “The political question is whether Boris Johnson has got the stomach for a fight of this kind… There’s already quite a lot on his plate.”