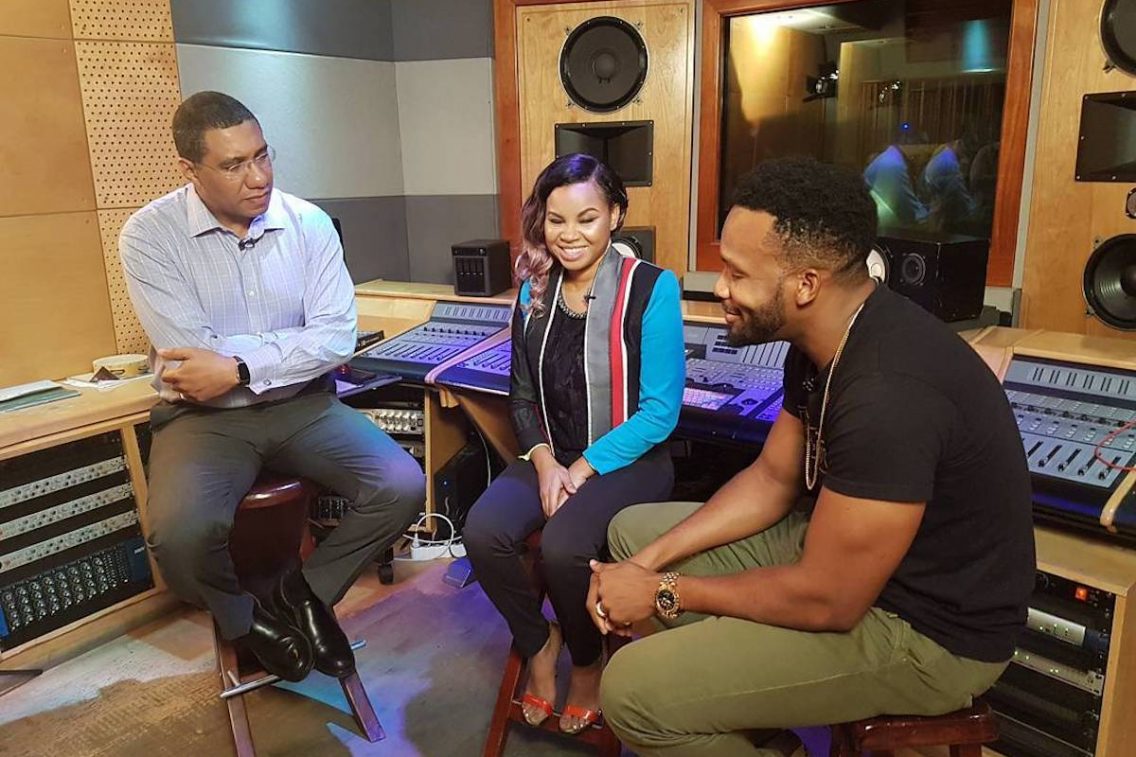 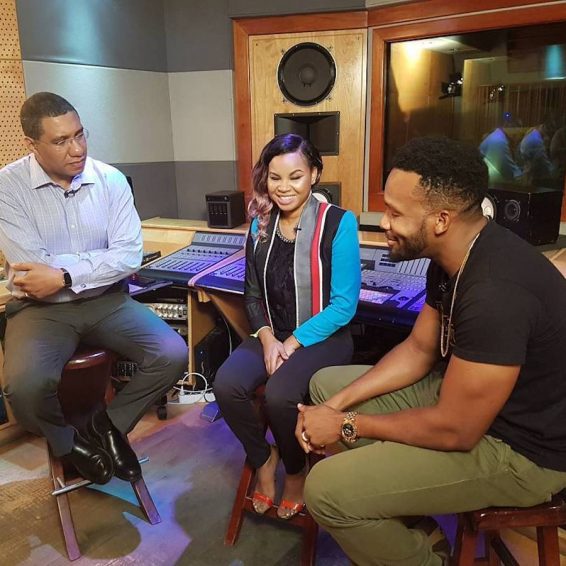 It might appear subtle, but Jamaica’s Prime Minister Andrew Holness, once the beacon of hope and role model in the dancehall space, is slowly becoming alienated from the people who once cherished him in their bosoms.

The Prime Minister, who started out as Andrew Holness, was quickly bestowed with the moniker “BroGad,” a coined name for someone respected and adored in dancehall music at the heights of his popularity as the Prime Minister of Jamaica, the land of reggae and dancehall.

But it appears that the shine is fading as people fall out of love with Holness, who captivated thousands for his apparent relatability and love for Clarks shoes and dancehall music.

Holness was ushered into government in 2016 and became the youngest prime minister in history in Jamaica. His entry into government marked several significant milestones. His party had successfully beat the powerful People’s National Party (PNP), which sat in government for 18 years. The Prime Minister won with a slim one-seat majority but quickly made ground in the by-election after. On the one hand, Jamaica was in a double whammy in a tight, gripped International Monetary Fund Agreement that saw the austerity measures holding the country’s economy hostage and the other hand being battered by the 2007 world recession. Jamaica was struggling because it relied on tourism as its biggest national earner.

Holness’ popularity surged as his campaign election was punctuated by the euphoric “Champion Boy” by Alkaline and his swearing featured a performance by Nesbeth of his hit single “My Dream”. Those two songs alone appeared to draw Jamaicans, particularly younger Jamaicans who were looking on, to look up to the prime minister. Many reveled at the fact that he was young and appeared relatable.

At some point before his election to office, an old advertisement of the Student’s Loan Bureau naming Holness as a defaulter drew young people in as they viewed the prime minister as the perfect one to lead an island thirsting for new leadership, young leadership. Many related to the struggle of working hard to make it in life and were inspired by the PM, hoping they could become like him one day.

However, as his administration continued, everything seemed to go well until the Petrojam scandal involving his energy minister Andrew Wheatley and the ensuing scandal that suggested gross mismanagement and wastage of scarce resources.

Still, the Prime Minister inspired millions of Jamaicans, being the first leader to ever require a minister to resign versus just reshuffling him in the pack of cards to pop as a joker in another ministry, as was common in the past.

However, it didn’t stay well for long as the prime minister, under pressure to provide a crime plan to slow the racing murder rate, drew a nexus between dancehall and crime, as if to say that dancehall music and artistes were solely responsible for crime.

It’s debatable that the Prime Minister is right to an extent because how can one defend the fact that some of the biggest names in dancehall are either in jail or awaiting court appearances. While some offenses are summary offenses others are serious such as Tommy Lee pleading guilty and being sentenced to jail for illegal gun possession and the police saying that the weapon is being tested for possible use in murders. Or Vybz Kartel in jail for murder and now being accused of ordering murders even from behind prison walls, as alleged by the star witness for the prosecution into the gang crimes of the One Don faction of the Klansman Gang.

It cannot all be dancehall, however, as Jamaica’s crime doesn’t seem to have one factor to be blamed and dancehall is certainly not the only factor that possibly influences crime. However, many felt that the Prime Minister’s statements were unfair and targeted a defenseless, faceless dancehall community because it was an easy target rather than accepting his own failures as a leader and past leaders before him to curb crime.

Several artistes like Beenie Man, Ce’Cile, Tanya Stephens, and even Popcaan mocked the statement by the Prime Minister. Many Jamaicans also ridiculed the prime minister’s statement and even pointed out that the PM apparently did not have the same opinion when his party was spending hundreds of thousands of dollars on dubs made by dancehall artistes as he and Member of Parliaments on both sides used the popularity of artistes and their music to gain support.

The Prime Minister later doubled down on his opinion.

Outspoken artiste Bounty Killer had later thrown jabs at the Prime Minister – “music causing all these demonic acts and behaviors tell me now Mr. Man in the mirror,” he wrote on his Instagram account in reaction to the shooting death of a six-year-old by his cousin.

Perhaps, over the course of the last two years, as the pandemic gripped Jamaica, measures were put in place to curb movements and dancehall sessions. By extension, entertainment remains the most affected industry in Jamaica. Parties are not allowed, and artistes forced to earn a living from performances traveling abroad have been vocal against the government’s lack of support.

The Prime Minister’s promise and apparent lack of support also painted an image of a leader lacking genuineness to actually help the entertainment fraternity. His promise to give some stimulus payment to the entertainment sector never materialized. It’s another grouse in the pile dancehall has with Holness.

In addition to that, several scandals have rocked the Holness-led JLP administration between 2020 and 2021, which has caused the public to view the Prime Minister as just any other politician in the past- either engendering or turning a blind eye to corruption.

He’s also fallen out of favor with Jamaicans and dancehall fans who watched as the Prime Minister and his JLP confederates scandalously flouted Covid-19 protocols as he campaigned hard to win the September 3, 2020 election and right after winning, locking down the country and then blaming the rapid rise in cases on parties and people at “corner-shops” rather than acknowledging his poor leadership contributed to the spike.

The hardships inflicted by the pandemic against those who rely on dancehall for a living as well as those using it as comfort, particularly the poor who medicate their poverty and disastrous living conditions with street parties and dancehall music, have been among those contributing to the Prime Minister’s decreased rating and likability.

In a 2021 poll by Don Anderson, the Prime Minister’s positive rating dropped significantly to 29 percent from 65%, while the negative rating increased to 27 percent from 10 percent.

At the height of it all, the threat of vaccine mandates and continued restrictions (even though it’s for the greater good of all Jamaicans, any sane Jamaican will agree) has moved Holness from the celebrated “Brogad” to “Anju”- the name angry Jamaicans call him when they are displeased.

Despite how the Prime Minister might feel about all of this, dancehall and its supporters were the ones who put him on a pedestal. They made him likable and popular. They endeared him to young people, and perhaps that might change soon.

However, the Prime Minister is safe. Safe by the fact that he can only constitutionally serve two terms, so he is now serving his last term, but also safe because his second term has just begun, and he might have the time to rebuild the confidence lost in him.

We’ll have to wait and see if Brogad will rise again or if Anju will dominate. In the meantime, dancehall continues to suffer. However, with the announcement that almost 1 million Jamaicans have been vaccinated, some relaxed measures might revive the industry. The timeline for that is, however, unknown because of the unpredictability of the virus.

Can Prime Minister Andrew Holness, aka BroGad, repair his fractured relationship with dancehall?