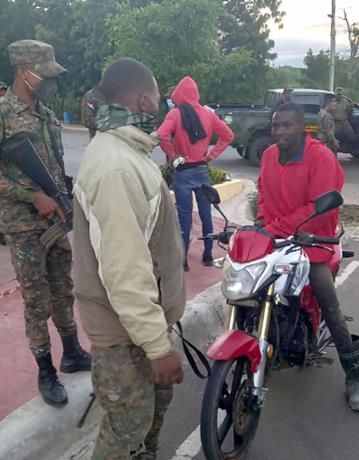 Military and immigration raids continue in search of illegal Haitians

Mao, Valverde, DR Members of the second brigade of the Dominican Republic Army have arrested at least 256 undocumented Haitians who roamed the mountains, roads, and other places in the Northwest during the last three days, after crossing the border clandestinely. Those detained for repatriation to their country include 30 women, 13 of them pregnant. The operations have been carried out in communities in the provinces of Valverde, Santiago Rodriguez, Montecristi, and Dajabon, according to a report from the Second Brigade of the Army led by Colonel German Rosario Perez. With these interventions, they increase to 13,503 undocumented Haitians who soldiers of the fourth brigade have arrested. A driver arrested Three days ago, a group of 44 illegal immigrants was intervened in the community of Brena de Martin Garcia, in […]