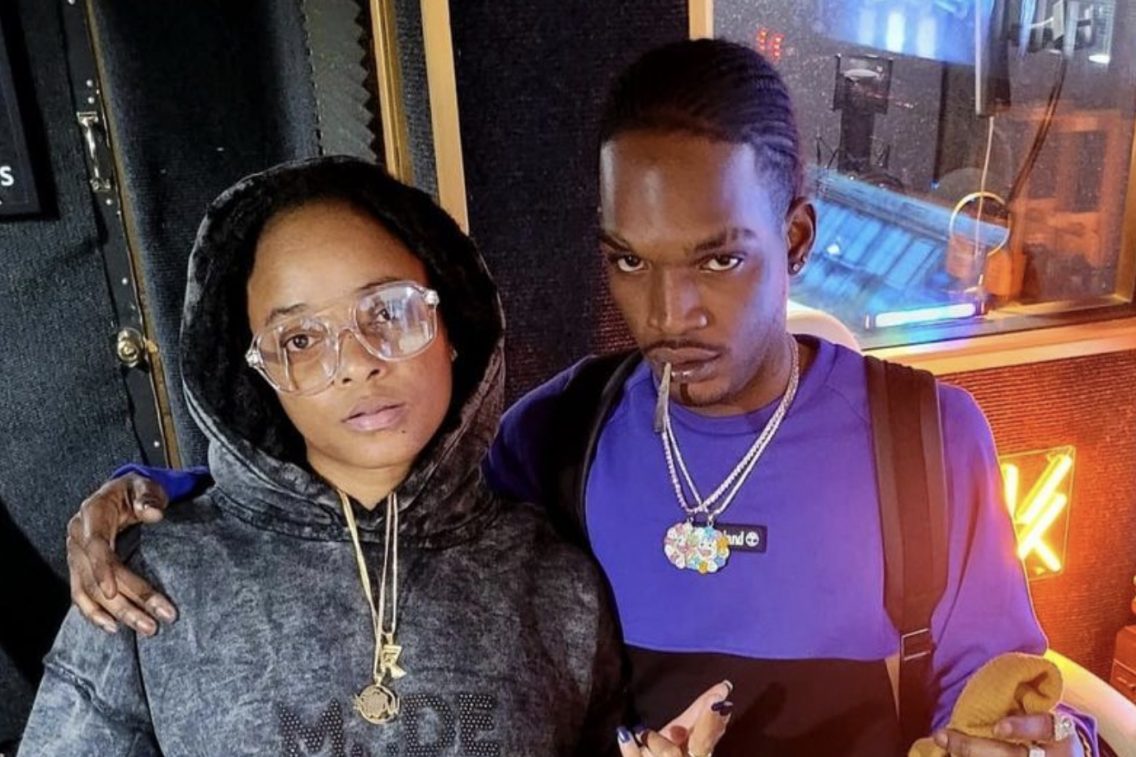 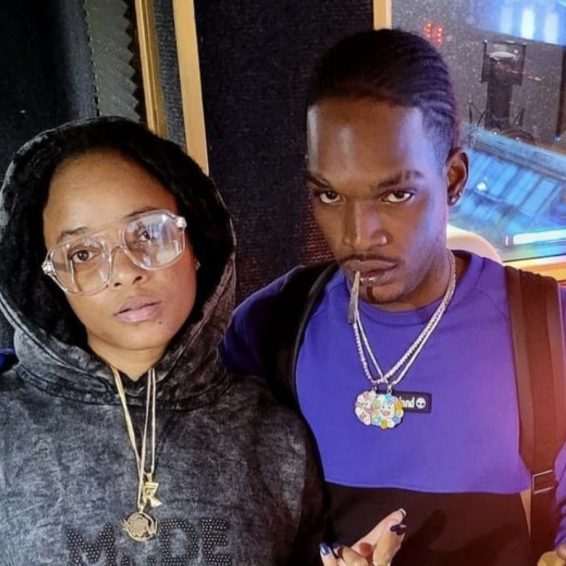 3 weeks ago·2 min read
ShareTweetPinShare
Home
Entertainment
Lil Iké Hit The Studio With Skeng & Salutes Vybz Kartel For Being A Fan Of Her Music
The content originally appeared on: Urban Islandz

Lila Iké and hot new dancehall sensation Skeng are cooking in the studio.

The In.Digg.Nation singer is well on her way to being a veteran in the game but she still giving young artists some strength. She recently shared a photo of herself in the studio with Skeng, one of the newest faces in dancehall.

Lila Iké also reacted to Vybz Kartel, highlighting her song “Where I’m Coming From” in his recent heartfelt post.

One thing most young artists in the reggae and dancehall community can agree on is that it’s an honor to be recognized by the fan-proclaimed King of Dancehall. Reggae songbird Lila Iké was in complete shock, to say the least when her likeness was unexpectedly featured in Vybz Kartel‘s latest Instagram post.

The dancehall mogul shared a motivational message to his fans on the gram following his recent strides toward generational wealth. In his caption, he pointed out all the assets he has been passing down to his children and how elated he was to do so. Meanwhile, Lila Iké’s voice overlays a photo of the incarcerated deejay in her reggae hit “Where I’m Coming From.” Kartel also ended his caption with a line from the hook of the track.

Lila Iké reshared the post to her own Instagram page, utterly fangirling over the moment in the most relatable way. Alongside a trail of crying emojis, the singer wrote, “4am in London and me jus sit down inna me hotel room shock fi the past few minutes. @vybzkartel you have no idea what this means to me!!! More blessings to you and yours #UTG #GAZA #whereimcomingfrom.”

Over in the comments, the dancehall mogul doubled down on his great respect for the singer and summoned his collaborator Jesse Royal to validate his truth. “Choo me do Dancehall? Me a 70s baby so Me love Reggae to me soul!! @jesseroyal1 yuh nuh tell her? #lilaiketodi[world emoji],” Kartel commented on the post. That sent Lila spiraling even more as she took in the humbling moment. Jesse Royal was sure to chime in assuring Vybz Kartel that it’s only Lila’s modesty that precedes her. “@vybzkartel She Knowww The Heights Teach! A jus the humility and Genuine Raspect fi u, the craft and the lessons…. #AnyWeather,” he replied.

It is safe to say Lila Iké is beyond pleased with this interaction that Vybz Kartel himself incited. The “I Spy” singer has had her eye on an international breakout lately, traversing to the UK earlier this month to toil toward that goal. She has made a number of appearances so far, including interviews and a recent event where she was spotted with famous footballer Raheem Sterling, dancehall deejay Stylo G, OVO-signed artist Popcaan and more. Still, it was Vybz Kartel’s acknowledgment that Iké seemed the proudest of. As the singer continues to focus on career growth, this is undoubtedly a milestone that has forever imprinted on her journey.