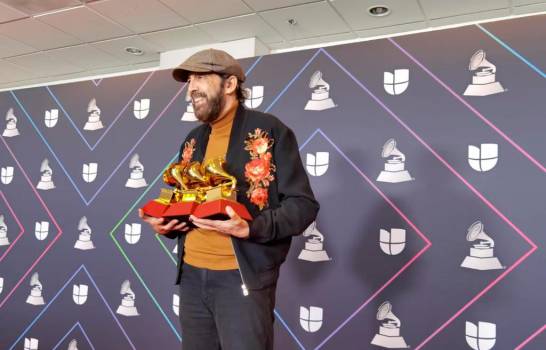 Santo Domingo.- It was worth it that Dominican artists contributed so that the Latin Recording Academy did not eliminate the category of “Best merengue and / or bachata album” from the Latin Grammy Awards. This was demonstrated on Thursday night at the ceremony that took place in a hotel in Las Vegas, Nevada, where Dominican music shone with the awards given to Juan Luis Guerra and Sergio Vargas. At the preshow of the Latin Grammy Awards, Juan Luis Guerra, leader of 4-40, marked his territory by receiving the first gramophone for the arrangement of the new version of the iconic song “Ojala que llueva Cafe” that he recorded on the album “Prive,” a figure that would increase to four.