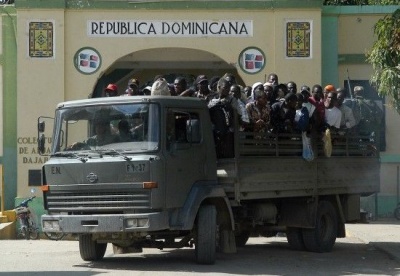 Mao, Dominican Republic.- Army troops assisted by immigration inspectors, carry out operations in mountains, alleys, roads, neighborhoods and sections in search of undocumented Haitians who are already and are trying to enter the country in an irregular manner.

The commander of the Army’s Fourth Brigade based in Mao, Colonel German Rosario Perez, reported that in the first six days of this month, 548 Haitians have been detained in different places in the northwest and on the border, after entering Dominican territory from Haiti, clandestinely.

With this new figure, there are 7,833 undocumented Haitians arrested and returned to their country in the last 35 days.