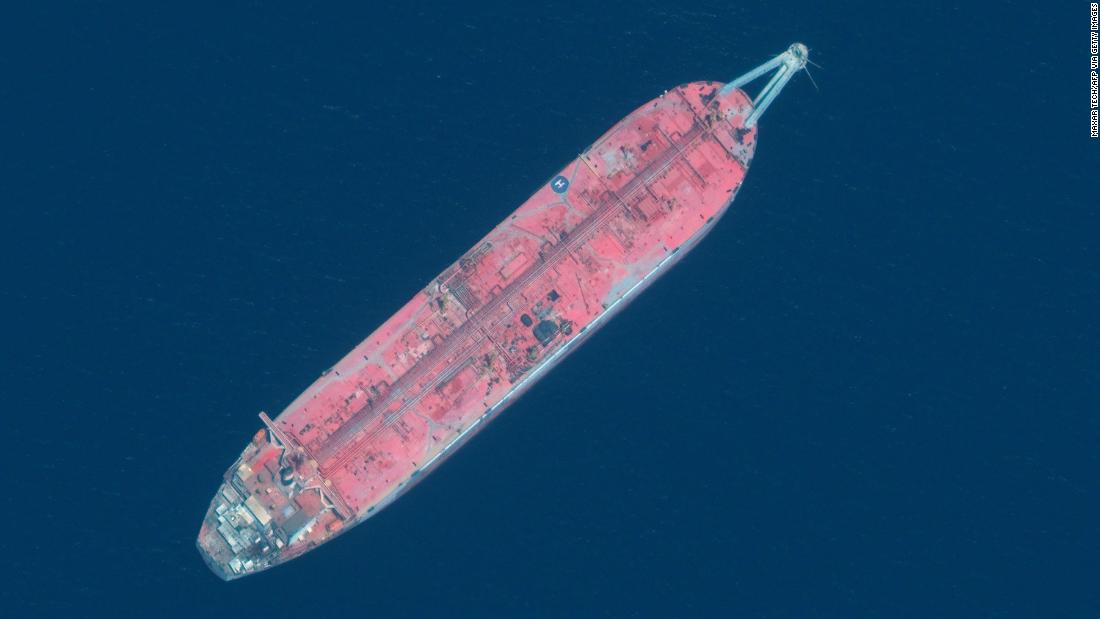 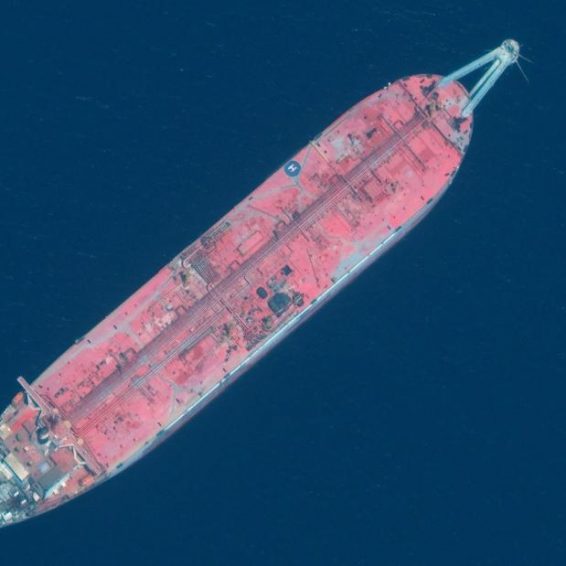 2 weeks ago·3 min read
ShareTweetPinShare
Home
World News
Decaying oil tanker off Yemen could disrupt clean water supply for 9 million people
The FSO Safer tanker — which contains 1.1 million barrels of oil, or more than four times the amount spilled in 1989 by the Exxon Valdez 2 — has been “deserted” off Yemen’s coast since 2015 and continues to deteriorate.
A breach in the vessel, which is single hulled, would cause the contents to spill directly into the sea, said the report, which was published in the journal Nature Sustainability on Monday.
The report includes modeling which predicts that a spill from the ship could have wider-ranging environmental, economic and humanitarian consequences than previously imagined.
“The anticipated spill could disrupt clean-water supply equivalent to the daily use of 9.0-9.9 million people,” the study found. Up to 8.4 million people could also be cut off from their food supplies, it added, with Yemen’s fisheries particularly under threat.
Read More
Fisheries are currently responsible for providing subsistence for 1.7 million people in the country, which is in its seventh year of conflict and is on brink of famine.
Within one week, the spill would threaten 66.5-85.2% of Yemen’s Red Sea fisheries, according to the report. By week three, 93-100% of Yemen’s Red Sea fisheries would be under threat. A spill “would devastate an industry already struggling to subsist,” read the report.
‘The hardest part is when we lose a child’
Yemen is also “particularly vulnerable” due to its reliance on major ports near the tanker, such as Hodeidah and Salif, through which 68% of humanitarian aid enters the country. Over half of the country’s population depends on humanitarian aid delivered at ports, according to the report.
Air pollution from the spill would also increase the risk of hospitalization, it added. The average risk of cardiovascular and respiratory hospitalizations would range from 6.7% for a slow-release winter spill to 42.0% for a fast-release summer spill.
Researchers are calling on the international community to take urgent action to avert a disaster that could affect environments, economies and public health systems across the region — and that could persist for years or decades.
The spill “particularly” threatens the Red Sea coral reefs and could also “hinder global trade through the vital Bab el-Mandeb Strait,” through which 10% of global shipping trade passes, it said.

The FSO Safer has been designated out-of-class since 2016 and has not been maintained since the start of Yemen’s conflict. In May 2020, water entered the engine room through a seawater-pipe leak, with the vessel’s fire extinguishing system now “non-operational,” the report said.
“The spill and its potentially disastrous impacts remain entirely preventable through offloading the oil. Our results stress the need for urgent action to avert this looming disaster,” researchers added.
Yemen has been embroiled in a yearslong civil war that has pitted the Iran-backed Houthi rebels against a coalition backed by Saudi Arabia and the United Arab Emirates.
Houthi strikes on Yemen base kill at least 30, spokesman says
The rebels, who control the area where the ship is located, have previously blocked UN inspectors from assessing the vessel, despite asking the world body for assistance. The Houthis have however repeatedly blamed the Saudi-led coalition fighting them for preventing UN inspectors access to the tanker.
In November 2020, an agreement was reached with Houthi forces on the scope of work need to make the vessel secure, according to Inger Andersen, Executive Director of the UN Environment Program (UNEP). But in June, she warned that despite the agreement reached, the planned assessment mission had not been deployed yet “due to “political and logistical obstacles.”
“As a result, we still do not know the exact condition of the vessel, nor what the best solution would be to deal with 1.1 million barrels of oil in an ageing tanker located in an environmentally sensitive area of the Red Sea,” Andersen said at the time.
“The Red Sea is one of the planet’s most important repositories of biodiversity” hosting a number of species, such as marine mammals, sea turtles, sea birds and many others, Andersen said. “Even if the response activities were to be initiated immediately after an oil spill, it would take years for the ecosystems and the economies to recover,” she said.