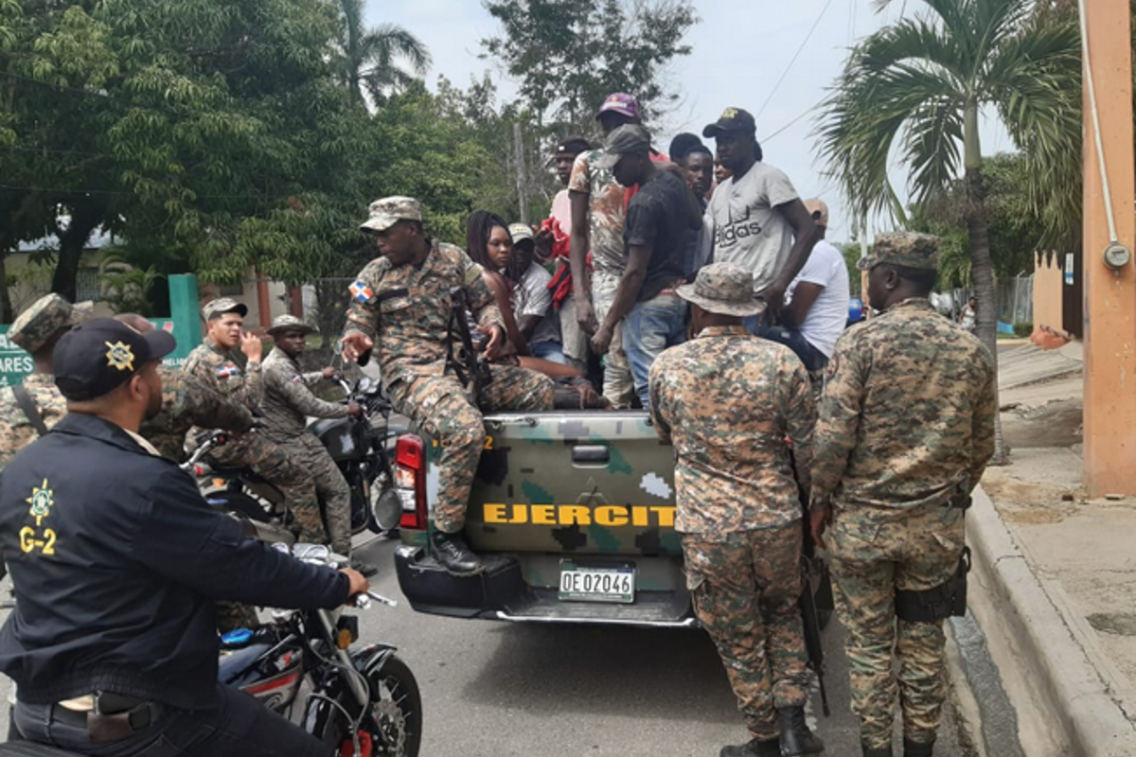 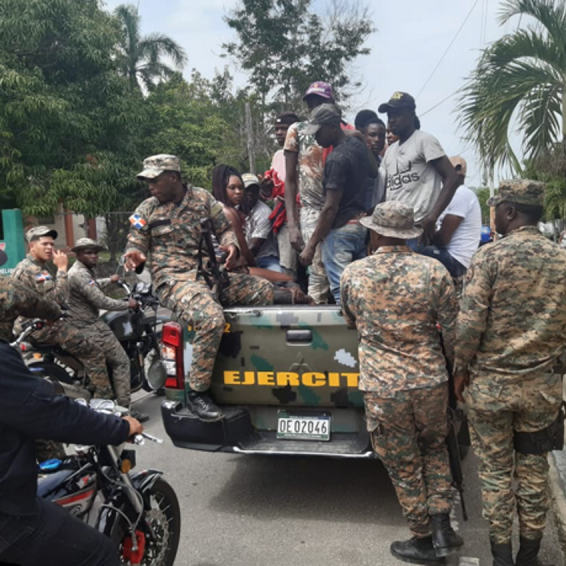 Members of the Army of the Dominican Republic, assisted by migration inspectors, carry out operations in mountains, alleys, roads, neighborhoods, and sections searching for undocumented Haitians who are entering and trying to enter the country illegally.

The commander of the Fourth Brigade of the Army based in Mao, Colonel German Rosario Perez, reported that in the first six days of this month, another 548 Haitians have been detained in different places in the northwest and the border, after entering from Haiti to the Dominican territory clandestinely.

With this new figure, 7,833 undocumented Haitians have been imprisoned and returned to their country in the last 35 days.

Many of the imprisoned Haitians carried loaves of bread, water, pastries, toothbrushes, juices, soft drinks, sardines, and various canned goods among their belongings.

Colonel Rosario Perez explained that these foods are not seized from them for humanitarian reasons and that the authorities allow them to consume them or return them with them to their country.

Threats
Regarding the threats of traffickers of people, goods, and other illicit that may occur on the borderline with Haiti, the commander of the Cuerta Brigade proclaimed that this does not worry him because he is simply doing his job following the law.

He stressed that Haitians imprisoned in military and migratory operations have all their fundamental rights respected.

However, the military commander warned that foreigners who cross into the country illegally violate Dominican laws and that, therefore, the responsible authorities have to act accordingly.

Fugitives from your country
Police sources in Juana Mendez and Fort Liberte, northeast of Haiti, near the Dominican border, confirmed that among those arrested and returned by the Army and Migration, there are fugitives from justice in their country.

A police officer from Juana Mendez said that some of those Haitians had escaped from Haitian prisons and others were wanted for kidnappings, assaults, robberies, homicides, rapes, scams, blackmail, drug trafficking, and other crimes, but that they tried to enter the Dominican territory to evade justice in their country.

Restrictions will apply for the unvaccinated

The military in these areas has been equipped with new vans and motorcycles to reinforce patrolling against the entry of undocumented immigrants and combat 24 hours a day the trafficking of people, drugs, animal/livestock theft, smuggling, and other illicit activities.

IN POINTS
Crisis in Haiti.
Social and political instability, insecurity, and the earthquake that recently affected the southern part of that country, the terror imposed by gangs, unemployment, lack of food, and misery in general, are creating migrations of Haitians to Dominican territory and other countries in South America, Central America, Mexico, and the United States.

Abinader.
President Luis Abinader raised before the UN General Assembly the urgent action of the international community due to the crisis in Haiti, after warning that there is not and never will be a Dominican solution to this problem.