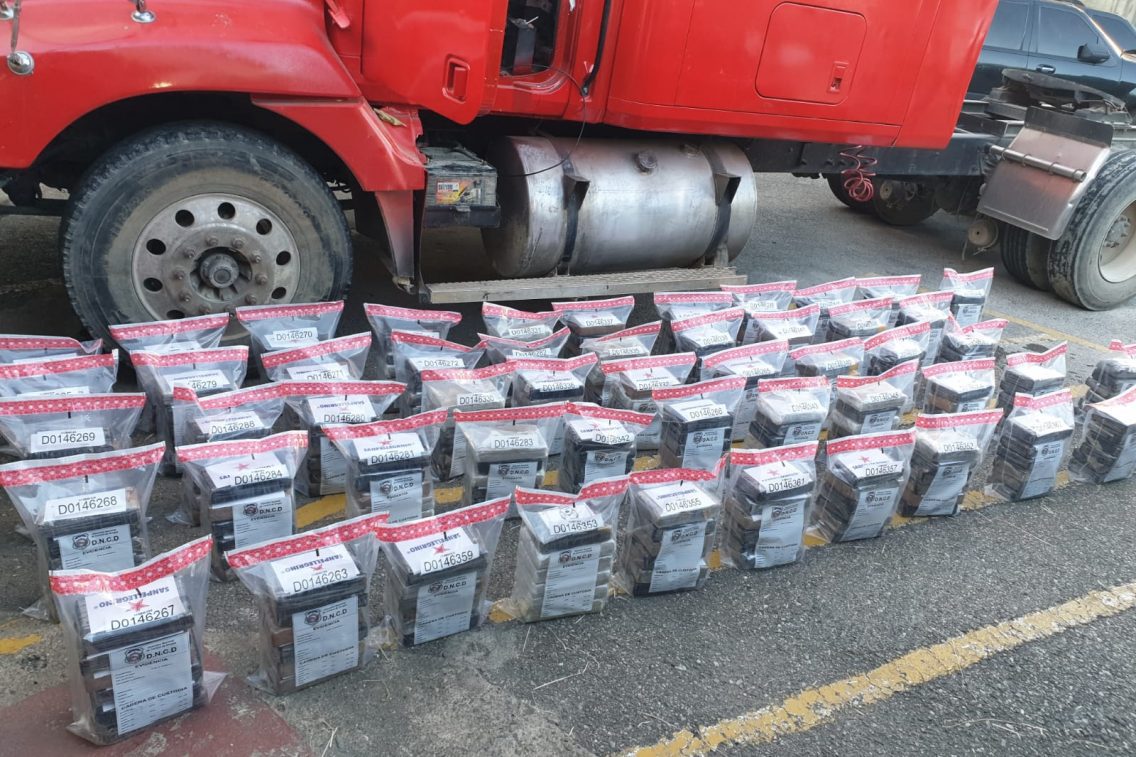 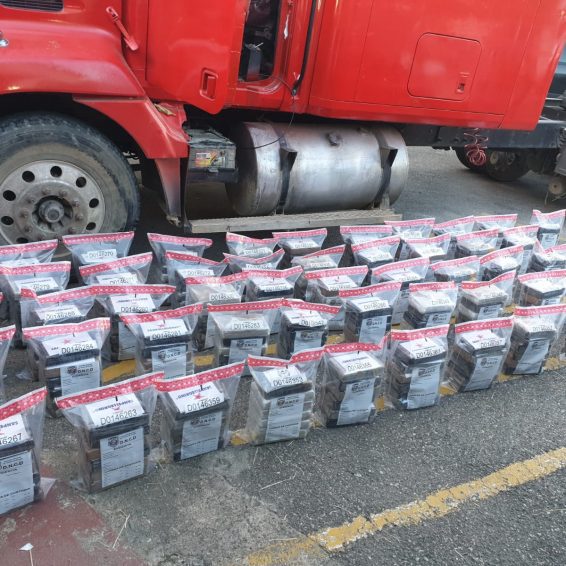 Agents of the National Drug Control Directorate (DNCD), with the support of State intelligence agencies and under the coordination of the Public Prosecutor’s Office, seized 318 packages, presumably cocaine, in an inspection operation in the municipality of Boca Chica, Santo Domingo province. A team made up of several DNCD agents observed a red truck parked on Fausto Cruz street in the sector of Los Cedenos de la Caleta, and when they stopped, a man near the place fled. Subsequently, the presence of a prosecutor was requested, and a search of the truck was initiated with canine units. As a result, the canines found a secret compartment with eleven sacks containing the substance packages in the rear section. At the same time, the tactical reaction agencies of the DNCD were activated […]