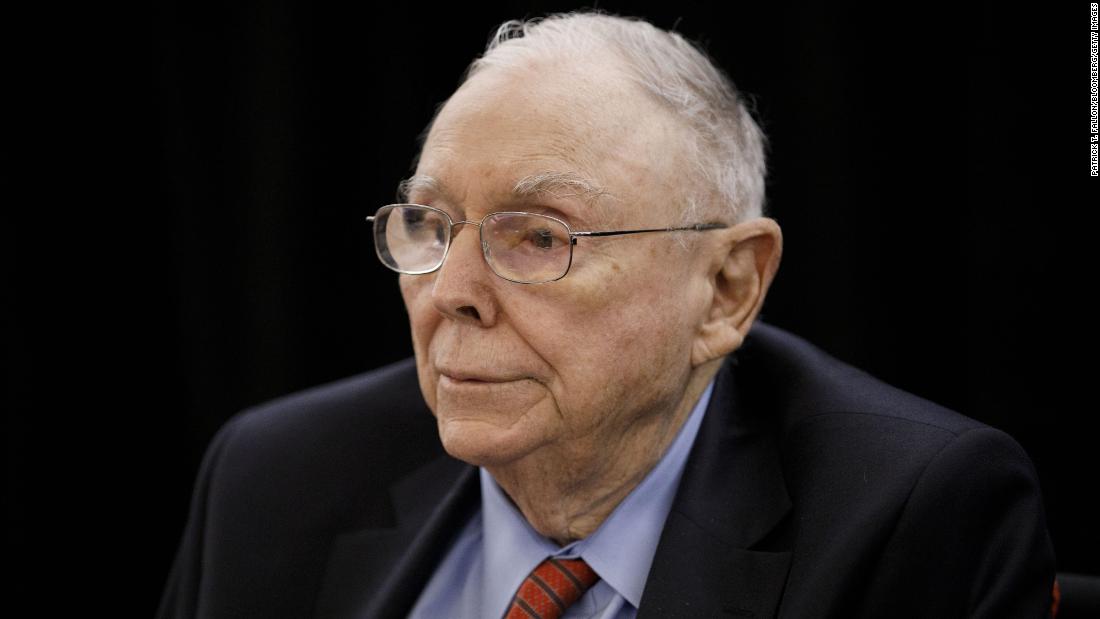 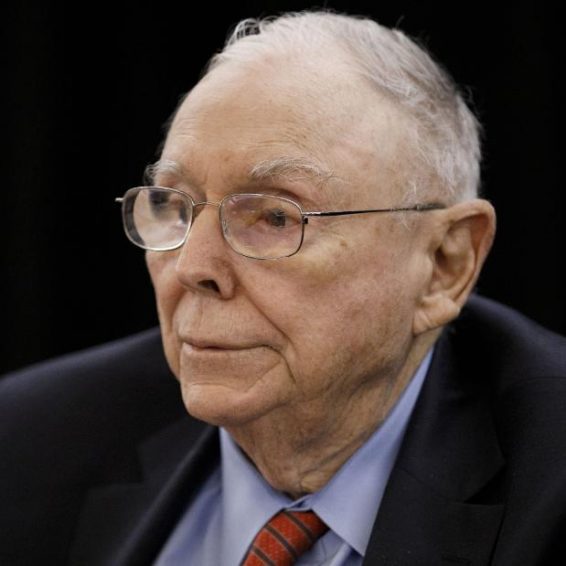 1 month ago·2 min read
ShareTweetPinShare
Home
World News
Billionaire Charlie Munger praises China for being smarter than America at handling economic booms
The content originally appeared on: CNN
The Berkshire Hathaway (BRKA) vice chairman told CNN he’s impressed that Beijing recognizes the troubles caused by allowing economic booms to get out of control.
Here’s what it’s like to live in one of Charlie Munger’s windowless dorms
China “steps on a boom in the middle of it instead of waiting for the big bust,” Munger said in an interview. “Of course, I admire that. In that one respect, they are wiser than we are.”
The 97-year-old longtime friend and business partner of Warren Buffett noted the contrasting ideologies of the world’s two largest economies.
“It amuses me that communist China is being smarter about handling booms than capitalist America,” Munger said. “But I know a lot of people that are smarter than I am. Should we not have a nation sometimes that is smarter than ours in some respects?”
Read More

‘Their system has worked better’

While China has enjoyed decades of rapid economic growth, the country has also faced an outcry over its human rights record. In March, the United States, United Kingdom, Canada and the European Union announced sanctions against Chinese officials for “serious human rights abuses” against Uyghur Muslims.
Asked about allegations of human rights violations and concerns over China’s authoritarian style of government, Munger said: “Of course I prefer the conditions in the United States.”
Tax the rich? Maybe not. Democrats’ spending plan could be a tax cut for the rich, budget watchdog finds
“It’s true that I prefer my own system,” he said, “but considering the problems China had I would argue their system has worked better for them than ours is for us.”
The billionaire pointed to China’s ability to overcome its overpopulation problem through aggressive steps aimed at limiting population growth.
“You can’t do that in a real democracy like ours. They had a problem we didn’t have. They needed tougher methods than we could use under our Constitution,” Munger said. “They were lucky they had the current system they had at the time they had their population problem.”

Standing by praise for China’s regulators

After decades of strict family planning policies, including its one-child policy, which started in 1980 and lasted 35 years, China is now trying to stave off a demographic crisis marked by too few working-age citizens. The country recently announced it will allow couples to have three children.
“I don’t think we should assume that every other nation in the world, no matter what the problems are, should have our type of government,” Munger said. “I think that’s pompous and self-centered. Ours is right for us but maybe theirs is right for them.”
Munger also pointed to the rapid growth in China that has lifted millions of people out of poverty.
“It is one of the most remarkable achievements in the history of the human race, what the Chinese have accomplished in the last 30 years,” Munger said, echoing comments he made during Berkshire’s annual shareholder meeting in early May.
Munger drew criticism over the summer after praising the Chinese government for silencing Alibaba’s (BABA) Jack Ma and saying he wished US financial regulators were more like those in China. “Communists did the right thing,” Munger told CNBC in a special that aired in June.
The Berkshire Hathaway executive insists he does not regret those comments. “Regret it? I would regret not making them,” Munger told CNN.