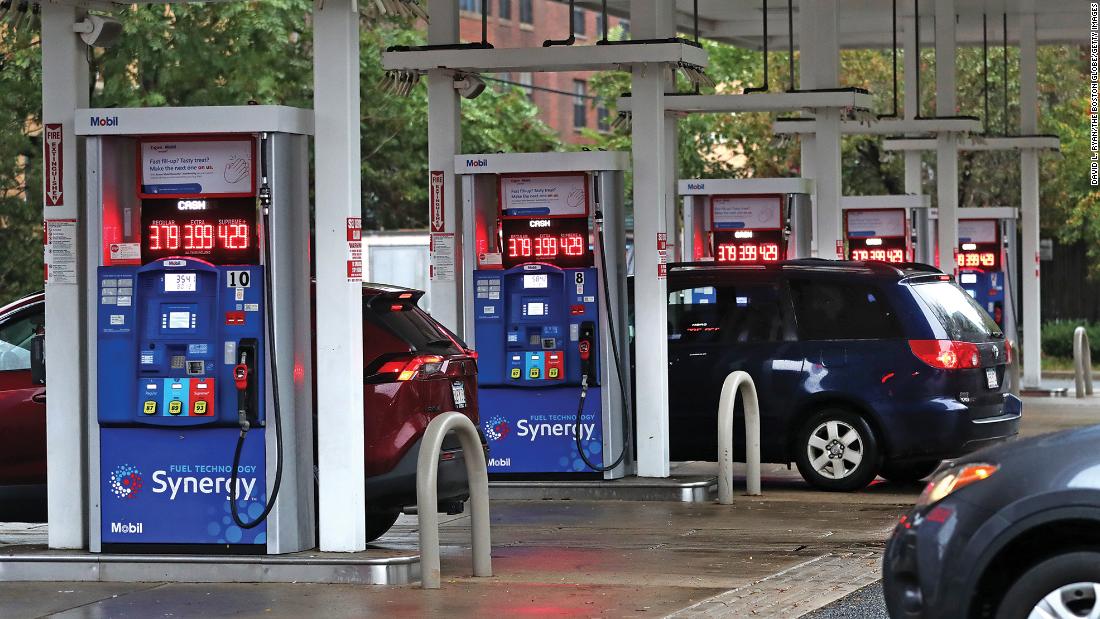 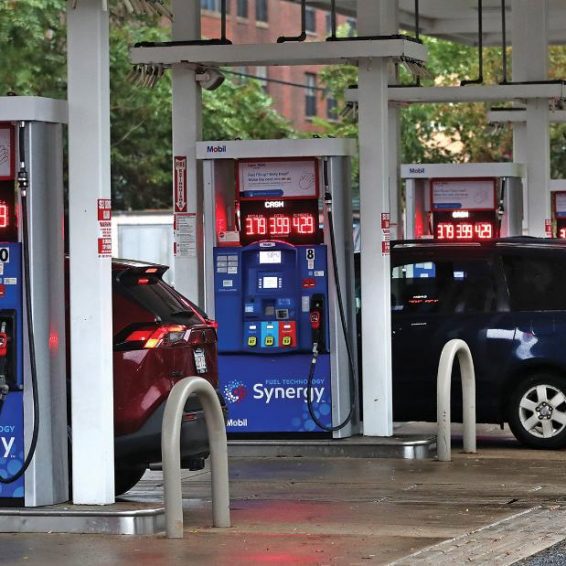 1 month ago·5 min read
ShareTweetPinShare
Home
World News
Bank of America warns $120-a-barrel oil is on the way
The content originally appeared on: CNN
Gas prices have surged to a seven-year high of $3.40 a gallon nationally and are flirting with $4 in Nevada, Washington State and Oregon.
Bank of America is now predicting that Brent crude oil, which drives gas prices, will zoom to $120 a barrel by June 2022. That’s 45% higher than current levels.
Americans grow pessimistic on the economy as high inflation lingers
“It’s very easy for prices to shoot up when demand conditions are tight like they are now,” Francisco Blanch, Bank of America’s head of global commodities, told CNN.
Blanch has been an outspoken oil bull, predicting in June that crude would eventually surge to $100 a barrel.
Read More
“Back then, people thought we were crazy. Now, here we are,” Blanch said. “We are generally still quite bullish.”
Others are much more cautious.
Pierre Breber, the chief financial officer at Chevron (CVX), told CNN last week that oil prices are unlikely to stay elevated for long.
“This feels more cyclical than structural,” Breber said.

Americans sour on the economy

Oil prices backed off from recent highs on Wednesday. US crude tumbled 3% to around $81 a barrel and Brent lost 2% to $83 amid jitters ahead of Thursday’s OPEC meeting.
A further oil spike would raise the already-elevated cost of living for Americans. And it would squeeze businesses grappling with sticker shock, shortages and supply chain disasters.
Americans pay very close attention to prices at the pump and concerns about inflation have helped sour their views on the overall economy.
Nearly two-thirds of Americans described the economy as poor in a poll released this week. In Virginia, where Republicans won a key prize in the state’s governor’s mansion, the economy ranked in exit polls as the most important issue, surpassing education, taxes and Covid.

Demand for energy is rising sharply

So why is Bank of America so bullish on oil?
First, it’s because demand continues to recover swiftly from the pandemic, especially for gasoline as consumers drive more.
Demand is getting a further boost from skyrocketing natural gas prices. US natural gas has more than doubled this year and recently hit the equivalent cost of $240-a-barrel oil in Europe. High natural gas prices will force some utilities and factories to switch to a relatively cheaper alternative: oil.
“That is paving the way to an even tighter market,” Blanch said.
Home heating prices are skyrocketing, and there’s nothing Biden can do about it
If oil gets too hot, consumers could balk at high prices and decide to drive less, or switch to more fuel efficient cars or electric vehicles.
But Bank of America doesn’t think that change will happen anywhere near the current price levels.
“This demand recovery isn’t going to break at $80, $90 or even $100 a barrel. Remember, everything else has gone up,” Blanch said, pointing to surging inflation. “I know $100 sounds expensive but it ain’t that expensive in the context of things.”

Not only is demand strong, supply is also lagging.
The United States is producing less oil than it did before Covid — even though prices are much higher today.
US oil companies are under enormous pressure from Wall Street to show discipline after many years of overspending on expensive drilling projects. They have heard that message loud and clear and are instead plowing money into share buybacks and dividends.
Despite the 67% spike in oil prices this year, 50 of the largest oil companies have increased their annual budgets by a mere 1% relative to their initial plans, according to a Raymond James analysis.
Energy crisis will set off social unrest, private-equity billionaire warns
“We are beyond capital discipline. We are in capital austerity,” said Pavel Molchanov, an analyst at Raymond James.
That strategy has paid off, so far. ExxonMobil (XOM), Chevron (CVX) and other US oil companies reported blockbuster quarterly results in recent days.
Oil companies are also reluctant to ramp up production because the demand outlook remains very uncertain given the climate concerns around the world. Eventually, oil demand is expected to peak, but no one knows precisely when and at what level.

OPEC is sticking to its guns

Despite pleas from the White House, OPEC and its allies have so far refused to significantly increase supply.
“OPEC is not going to accelerate. They like their plan. They think their plan is working,” Blanch said.
He pointed to the fact that the breakeven price for oil in many OPEC nations’ budgets is between $70 and $75 a barrel — meaning they are only now just breaking even.
“OPEC is not interested in pushing prices back down to $60 a barrel. They have zero interest,” Blanch said.
There’s also some skepticism about whether OPEC+ truly has the ability to sharply ramp up production after years of slower investment.
There’s a “real question mark about which countries can really add more barrels at this point,” Helima Croft, head of global commodity strategy at RBC Capital Markets, wrote to clients in a note Monday. Croft pointed to how OPEC+ has “underdelivered” on its planned output hikes for several months in a row.

Will the White House tap the SPR?

All of this has led to speculation that President Joe Biden will fire back at OPEC+ by unleashing oil stockpiled in the Strategic Petroleum Reserve.
“We think the Biden administration is prepared to release crude” from the SPR to “cap prices and induce the producing countries to put more barrels on the market,” Croft wrote. “A US SPR release could indeed be done in coordination with other consuming countries for a maximum impact effect.”
Janet Yellen: Inflation is high, but this isn’t like the ’70s
Last month, Energy Secretary Jennifer Granholm suggested tapping the SPR was under active consideration — before the Energy Department later walked back her comments by clarifying there was no “immediate plan” to do so.
Goldman Sachs has said an SPR release would only be of “modest help,” lowering the bank’s year-end forecast for Brent by just $3 a barrel.
Bank of America is skeptical, too.
“It will have a minor impact on prices, unless they do a massive, massive release,” Blanch said. “It won’t kill the rally.”
Blanch also questioned the rationale for tapping the SPR now. Normally, this stockpile has been reserved for break-the-glass moments, such as wars and hurricanes.
“The SPR is there for emergencies and negative supply shocks,” Blanch said. “You don’t release SPR oil because demand is going up since you printed a lot of money and gave it to people.”