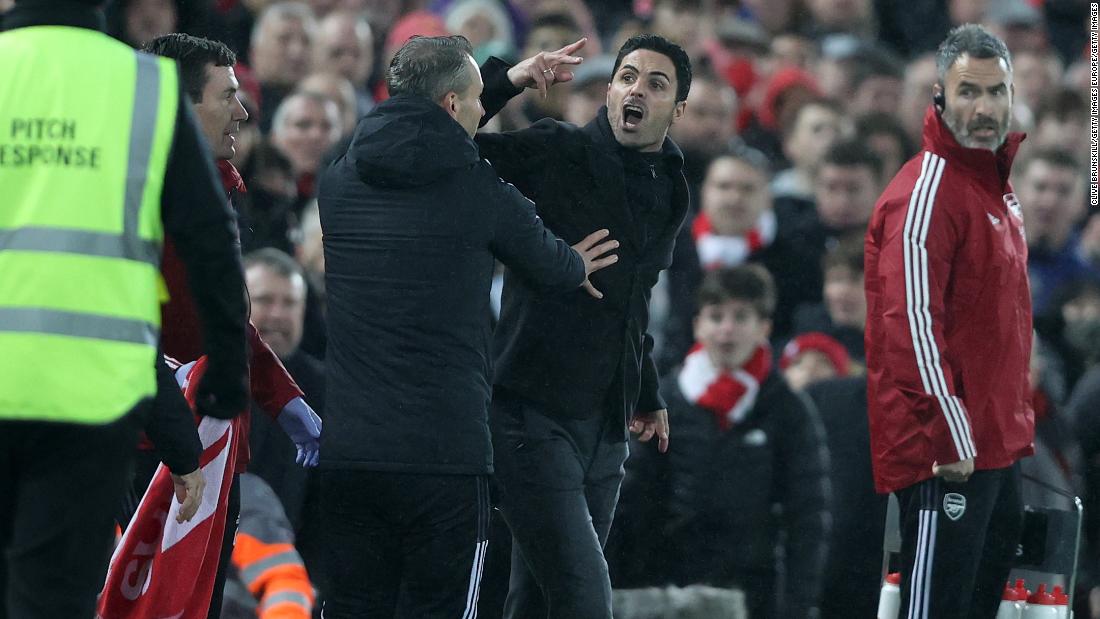 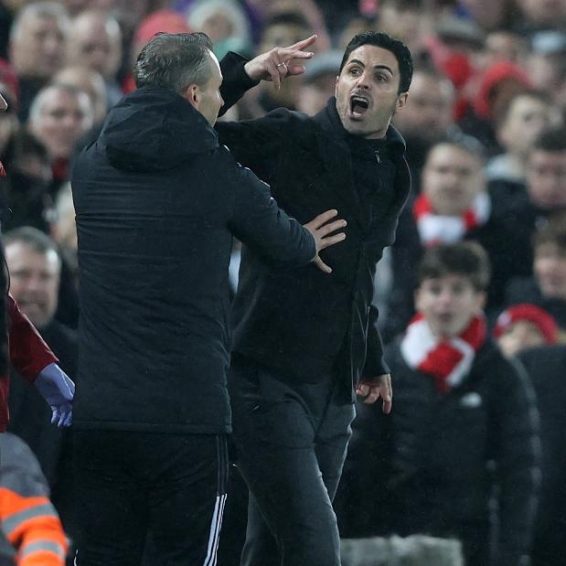 6 days ago·1 min read
ShareTweetPinShare
Home
World News
Arsenal boss Mikel Arteta explains fiery clash with Jurgen Klopp during defeat to Liverpool
The content originally appeared on: CNN
The Spaniard was incensed after a 30th-minute clash between Takehiro Tomiyasu and Sadio Mane left the Arsenal defender on the turf, with Arteta’s assistant coaches having to physically restrain him as he attempted to confront Klopp.
“He (Klopp) was trying to defend his side, I was trying to defend mine and that’s it,” Arteta told reporters after the match.
“For me, all these incidents stay there (on the pitch), they’re part of … the way we would like to compete.
“It was just an action (by Mane) and I try to defend my players and that’s what I did.”
Read More
Both Klopp and Arteta were shown a yellow card for the incident, with the Liverpool boss suggesting he was upset with Arsenal apparently trying to get Mane booked, but insisted the clash was “nothing.”
“We had to take Sadio off against Atletico Madrid because Atletico only went for that,” he said. “To get him a yellow card and I have to take him off and … it’s just not okay.”
The defeat ended Arsenal’s 10-game unbeaten run, but West Ham’s defeat at Wolves means the Gunners remain just three points outside of the Champions League spots.
Victory moves Liverpool back to within four points of Premier League leader Chelsea following the surprise defeat to West Ham prior to the international break.