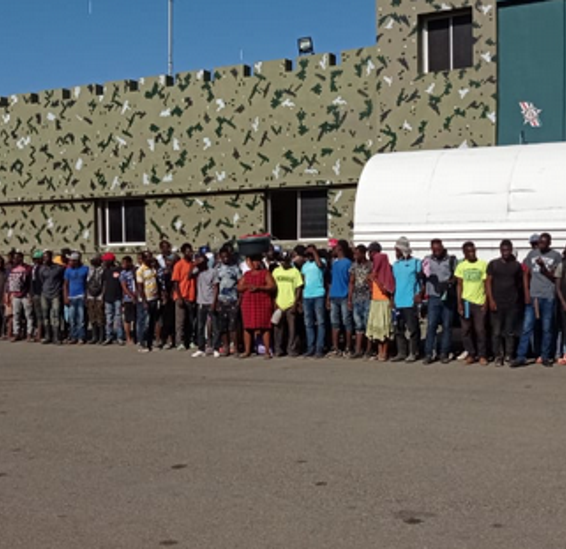 Army mounts seige against illegals on the border

Mao, Valverde, DR The Dominican Republic Army, in coordination with the General Directorate of Migration, mounted a siege on the Dominican-Haitian border and the Northwest to counteract human trafficking and other illicit activities in the area. Colonel German Rosario Perez said that in the 20 days he had led the Military Command, at least 5,673 undocumented Haitians have been arrested and returned to their country. According to Rosario Perez, in the first ten days of their arrival in the area, 3,398 illegal immigrants were repatriated to Haiti after being detained in operations carried out by Army personnel and immigration inspectors, underlining that the operations are carried out on the instructions of the Army Commander, Major General Julio Ernesto Florian Perez, following the directives of the Minister of Defense, Lieutenant General Carlos Luciano […]