Demand for ICUs, Covid testing on the rise 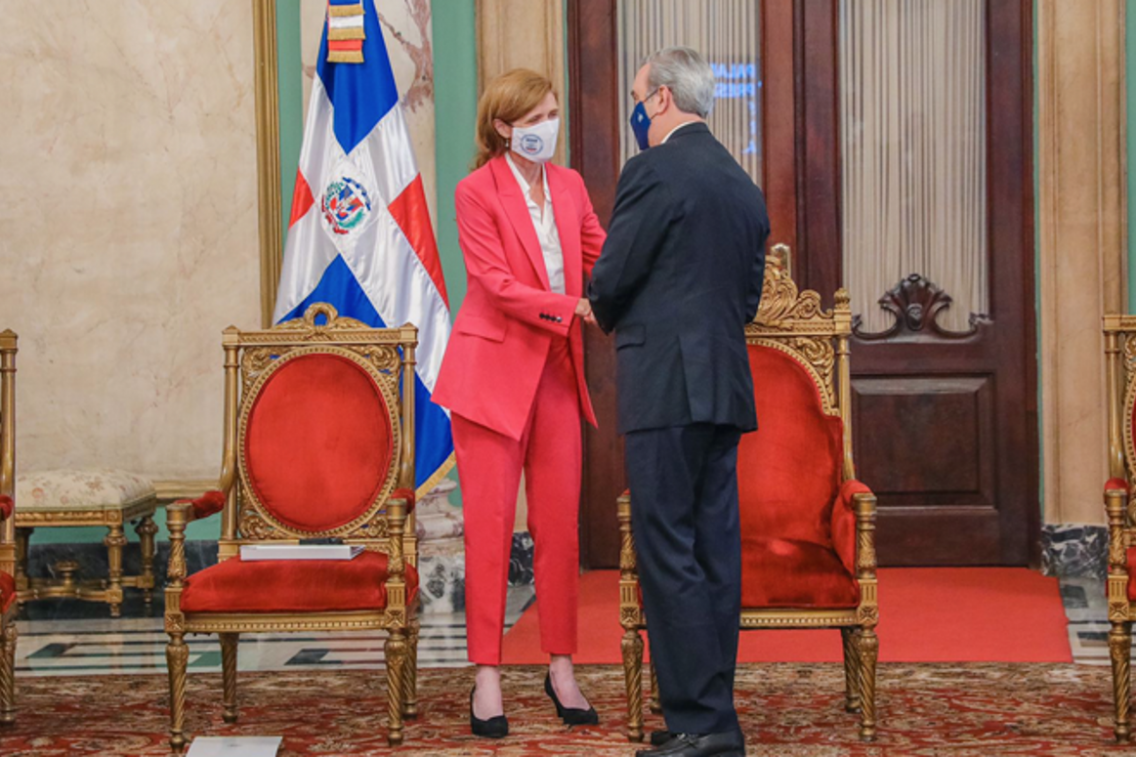 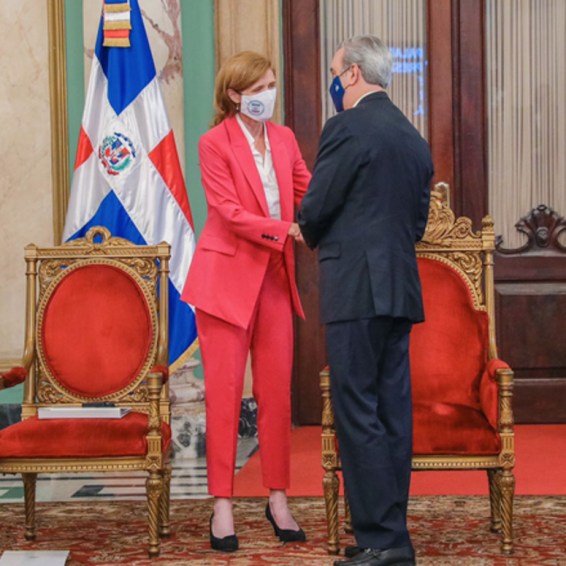 The commitment of the United States to assist the Dominican Republic at a time when there is general distress over the occurrence of authority-defying crimes further expresses confidence in the government of President Abinader.

Such an undertaking comes when the public seems to have no confidence in the police authority, which in every case has downplayed crimes, never mind making a fool of itself when trying to “save the skin” of officers involved in crimes.

That the United States has sent Samantha Power, head of the U.S. Agency for International Development, to the Republic to talk with President Abinader and offer US$7.9 million for the oversight entities shows willingness.

Abinader graciously received Mrs. Power, who is in charge of Latin American affairs with Chancellor Blinken and President Biden, whose first year has been saturated by problems such as the assassination in Haiti of President Moise and the migration through the border with Mexico.

The Dominican President told Mrs. Powell that “my commitment is to bequeath a solid rule of law, in which the liberties and fundamental rights of our citizens are respected and a nation free of crime, in which our compatriots and all those who visit us feel that this is a country that cares for them, protects them and encourages them to move forward.”

Weak commanders
It is likely that in Washington, D.C., they have become aware of the weakness of the local leadership in dealing with drug trafficking, money laundering, and other significant crimes since the DEA of that country has had to intervene in investigations.

In recent cases of crimes such as those mentioned above, the authorities of the Attorney General’s Office have had to request the support of the DEA to confront the drug traffickers and drug lords who have maintained permanent activity without respite.

The prosecutors who have discovered activities of all kinds in Santo Domingo and Santiago, with the accumulation of millions of dollars, know that these activities have not been going on for one or two years, but for ten years and more, due to the inefficiency or complicity of the authorities.

According to what the prosecutors say, the cases of drugs, money laundering, and related activities have counted on the dishonesty of the authorities of the Police and other branches of the Armed Forces. They believe that so much wealth could not have passed in silence.

The increase in wealth was the object of suspicion, but no one acted. It was only after the new authorities of the Attorney General’s Office took office that they began to search for caches and criminal associations. One of those under arrest is the former attorney general Jean Alain Rodriguez.

Opponents besiege Luis Abinader.
Opposition politicians are besieging President Abinader to take advantage of the country’s political problems, but the United States is seeking to strengthen Abinader’s regime which has only been in power for a little over a year.

Specialists are not opposed to vaccinating children

The Americans take good note of the differences between the Dominican Republic and Haiti, which after the assassination of President Moise has had no peace of mind, between ambitious politicians who want power and criminal gangs.

The politicians would like to take as much advantage as possible of the negotiations they will have with the president in the next few days to discuss issues such as fiscal reform. For this reason, they gave importance to the “Pandora papers,” where there are many political names involved.

Among the papers are two of President Abinader’s companies created before he took office in August last year. The PLD had said that such Offshore companies listed in “Pandora’s Papers” are not in his sworn declaration of assets.

Abinader will have to face constant attacks because of the Pandora Paper’s case and because opponents see him strengthened in public opinion according to poll results, support from the United States, and scandals involving previous governments.

Audit lists
The audits being carried out by the Chamber of Accounts, mainly on the administrations of the last two governments, will be ready to be delivered by the end of the year. These audits are mostly from the Specialized Prosecutor’s Office for the Prosecution of Administrative Corruption (PEPCA).

In a visit to the director of Listin Diario, Miguel Franjul, the new president of the Chamber of Accounts Janel Andres Ramirez and one of the members, Elsa Pena, detailed the scope of the works that have been carried out so far, such as the financial, management, and studies. Ramirez revealed that when they arrived at the CC, they found that there were 180 audits in process, some of which only had pending the authorization of the plenary to be posted on the institutional page.