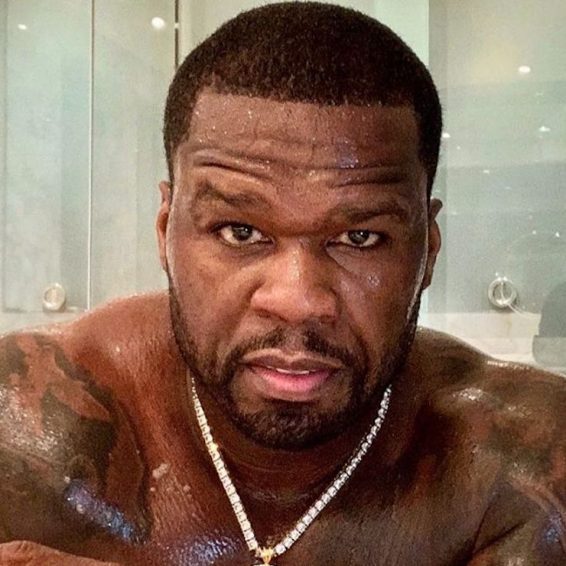 One of the biggest shows out right now is the gripping Black Mafia Family airing on Starz, and while producer 50 Cent is enjoying the success from the film, not all of the fans of the show are pleased.

The show, which is based on the real-life story of notorious Mafia brothers Demetrius “Big Meech” Flenory and Terry “Southwest T” Flenory, is centered around how the brothers built one of the country’s most notorious drug enterprises, the Black Mafia Family. The brother’s story centers around their upbringing and their entry into the world of drugs in Detroit but soon becomes an enterprise notorious around the country.

Many prominent figures, including rappers like Jeezy, have been linked to the enterprise and form part of the story.

However, not everyone seems pleased about 50 Cent producing the show. Rapper Bleu DaVinci, an alleged federal informant who was also linked to the Flenory brothers and BMF before he was sent to jail, warned 50 Cent about ensuring he has a good portrayal on the show. DaVinci doesn’t want to be portrayed as a “rat” in the show.

The “Get Rich or Die Tryin” rapper, however, went out of his way to clown DaVinci in his usual trolling ways. 50 Cent posted a video showing DaVinci as part of a 1991 film -The Five Heartbeats, where he apparently begs to be allowed to rejoin BMF. However, the other members of the group dismissed him and did not let him rejoin.

Fifty also taunted DaVinci by sharing a letter he received written by Big Meech to Lil Meech talking about 50 Cent’s production of the series. The gangster is still incarcerated.

“KEEP IN TOUCH SO WE CAN TALK ABOUT THE 3RD AND 4TH EPISODE AND WHATEVER YOU OUT THERE GOING ALL POSITIVE VIBES,” wrote Big Meech in the message.

“I REALLY LOVE 50 FOR HELPING US MAKE ALL THIS HAPPEN FOR US IT’S LIKE HE THE ONLY ONE TO SENCERELY COME THRU AND PUT US ON THE 100% LEGITIMATE SUCCESSFUL PATH AND HE NEVER OWED US SH*T BUT GAVE US ‘EVERYTHING’ WHEN ALMOST ALL THE SPORTS AND ENTERTAINERS I’VE KNOWN MOST OF MY LIFE NEVER SPOKE UP OR HELPED US GET ON THE PATH TO LEGITIMACY! WHAT 50 HAS DONE FOR US TO ME IS ‘PRICELESS’ AND THERES NOTHING WE MEANING YOU AND I WON’T DO FOR HIM EVER IF NEEDED! I LOVE YOU SON WITH ALL MY HEART 4LIFE & DEATH YOUR DAD THE REAL BIG MEECH B.M.F. IMMORTAL!” he wrote in the letter.

Meanwhile, those who have been following the series and know about DaVinci’s connection to the show, however, chastised him for only wanting to be a part of the fame.

“Bleu davinci always used the bmf name for fame but most the people affiliated the most with bmf say he nowhere to be found when sh*t hit the fan,” one person said.