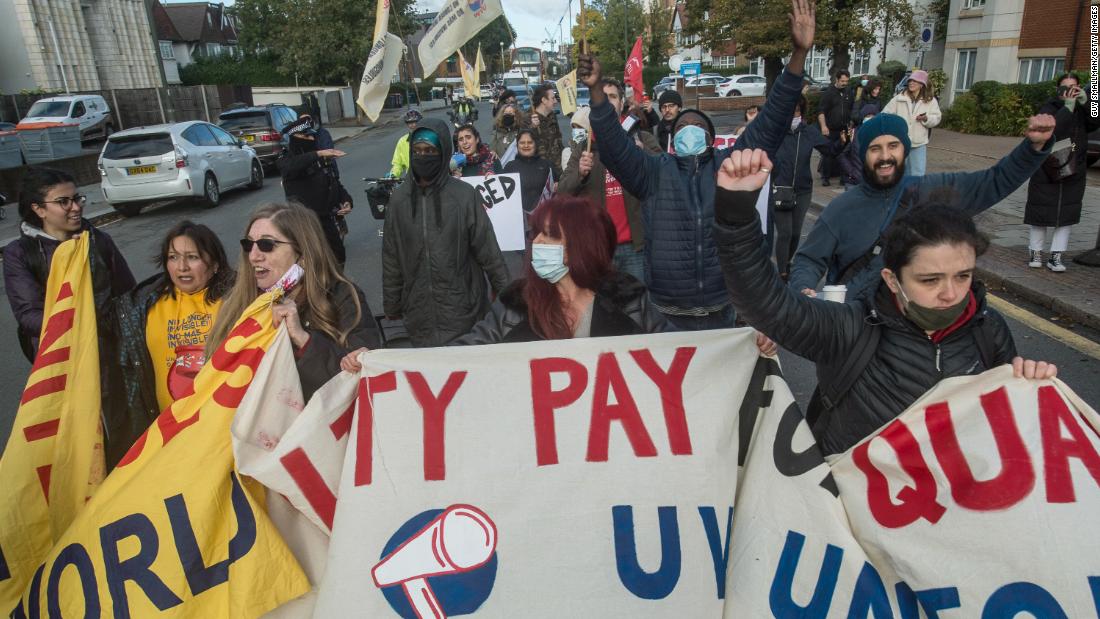 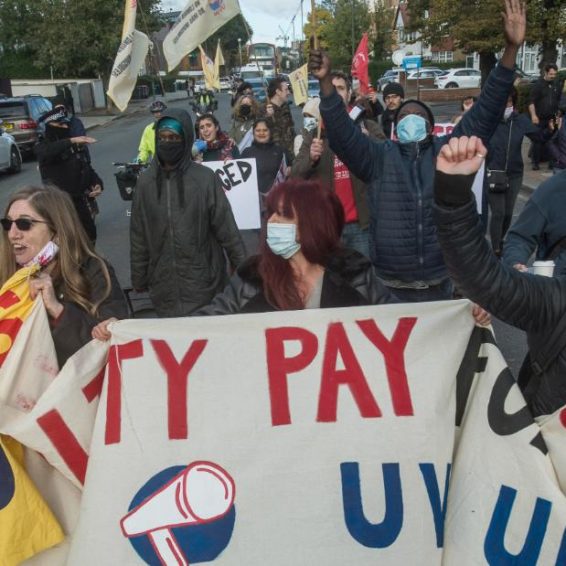 1 month ago·2 min read
ShareTweetPinShare
Home
World News
2 million Brits get a raise as minimum wage jumps to $13 an hour
The content originally appeared on: CNN
The minimum hourly wage for people over the age of 23 will increase by 6.6% to GBP9.50 ($13), the government said ahead of its budget announcement on Wednesday.
The increase to the National Living Wage is more than twice the current inflation rate of 3.1%. But it has been criticized as inadequate because inflation is expected to race higher in the coming months and the government is slashing benefits for some low earners while hiking taxes on workers.
Bank of England official warns inflation could top 5% as UK economy slows
Lower income households also spend a higher proportion of their income on energy bills, and they could come under further pressure as energy prices spike.
The UK regulator for the gas and electricity sector announced in August that the price cap protecting up to 15 million households from spiking bills would increase by up to 13% this month after natural gas prices set new records. Another increase in the cap is expected in April.
Read More

Nye Cominetti, a senior economist at economic policy think tank the Resolution Foundation, said the increase to the minimum wage “would be very welcome,” especially because “low earners have been the hardest hit” by the coronavirus pandemic.
The government has recently increased the minimum wage by more than inflation, Cominetti said. But he cautioned that the April hike “would in fact be a smaller real rise than some recent years, given that inflation is likely to be over 4% by April 2022.”
Some economists are expecting prices to surge even higher. Huw Pill, the Bank of England’s top economist, told the Financial Times last week that he “would not be shocked” to see inflation top 5% early next year.
Higher wages also won’t fully compensate for government cuts to a benefit claimed by lower earners called Universal Credit. The benefit was hiked during the pandemic, but is now being reduced by GBP20 ($27.50) a week.
Some 4.4 million families receive universal credit, while only 2 million workers earn the National Living Wage.
Tom Waters, senior research economist at research organization the Institute for Fiscal Studies, said that full-time workers on minimum wage would see their earnings rise by over GBP1,000 ($1,378) per year. But those on Universal Credit would only have disposable income go up by a quarter — GBP250 ($344.50) — “because their taxes rise and benefit receipt falls as their earnings increase,” he said.
By the time spring arrives, the hike may appear much less substantial.
“Rising inflation will … blunt the real terms value of this minimum wage hike — and of course while prices are rising now, the increase in the minimum wage won’t kick in until April,” said Waters.